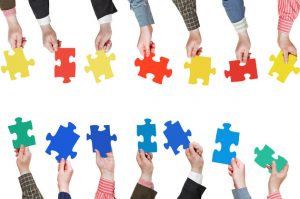 The Commissioners are appointed by the NM Supreme Court, and the roster reflects the current composition of the Commission.  The Commission’s mission is to develop, organzie and monitor alternative dispute resolution (ADR) programs and services in the state courts of New Mexico.  The state courts are the thirteen (13) Judicial District Courts, the fifty-four (54) Magistrate Courts, the Bernalillo County Metropolitan Court (“Metro Court”), the Court of Appeals and the New Mexico Supreme Court.  The Commission strives to save the time, money and frustration of both courts and litigants by supporting court-connected quality alternatives to trials.

Why Was the Commission Created?

New Mexico became the first state to commission a comprehensive study of ADR for all of the state courts.  In 2010, the New Mexico Supreme Court commissioned the National Center for State Courts to conduct a statewide, comprehensive assessment of alternative dispute resolution services in the appellate, district, metropolitan, and magistrate courts. The Center provided the Supreme Court with a Report, “Advancing Alternative Dispute Resolution in the New Mexico Judiciary:  Key Strategies to Save Time and Money”, issued on April 15, 2011.  The report proposed, in part, that a single organization be created to provide centralized assistance to the courts for the promotion of effective use of ADR services in order to save time and money for courts and litigants. On August 1, 2011, the New Mexico Supreme Court created the Commission and directed it to develop, organize and monitor court-connected ADR services.  The Administrative Office of the Courts then hired a Statewide ADR Coordinator to assist the Commission in the efforts.

What Does the Commission Do?

Here are some activities and achievements of the Statewide ADR Commission: